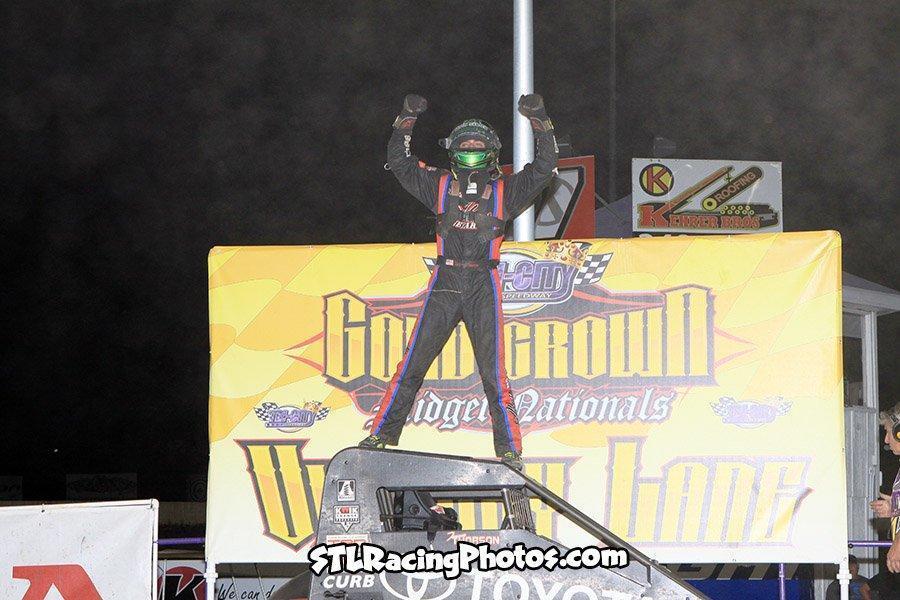 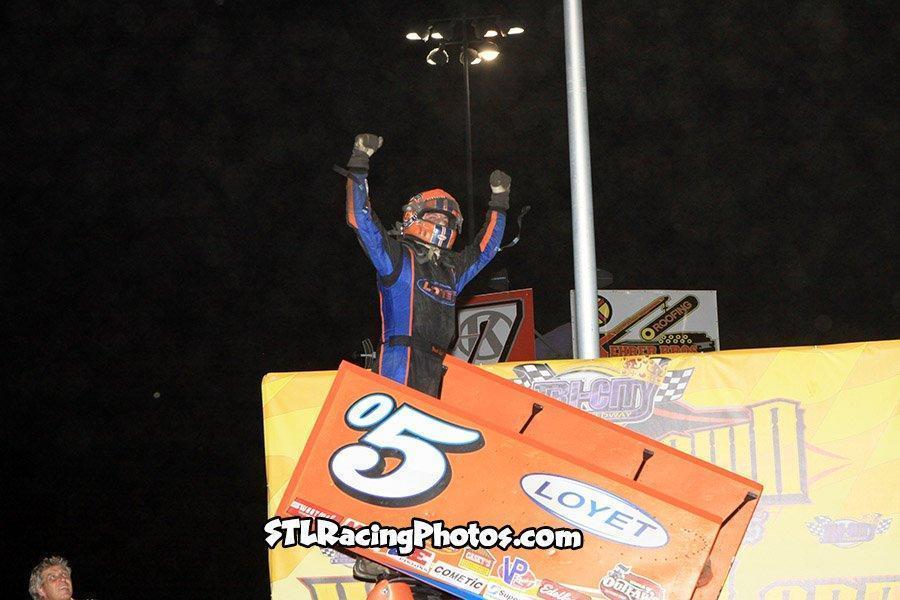 Granite City, Illinois…Tanner Thorson made a statement on Friday night with a resounding victory in the night’s 25-lap Honda National Midget main event to kick off the “Gold Crown Midget Nationals.” The Minden, Nevada driver was on top of points after heat races and qualifying races, which included finish and passing points, to earn the pole of the feature. From there, he took off and was largely unchallenged on his way to a 3.378-second victory in the Keith Kunz/Curb-Agajanian Motorsports – Toyota TRD #67 Bullet/Speedway Toyota.

“Meseraull and I have a bit of a rivalry going, so I got him off the start and knew he’d bring some big restarts at us late in the race, so I had to hit one and two as hard as I could. He definitely ran it in hard, and I knew I had to run it in hard and hit the cushion and come off with the wheels up. I searched around a little bit early and through the middle of the race, but we got the momentum going around the top and were really strong as the race went on. It’s good to be sitting well for tomorrow and get ourselves a really good win tonight,” Thorson said.

Thorson saw two different bids for his lead during the race, with the early one being Steve Buckwalter. Buckwalter used the low side to take second in the early laps and move underneath Thorson by lap-four, but the leader dropped low and pulled away from Buckwalter.

On lap 8, contact between Kevin Thomas, Jr. and Darren Hagen while racing for eighth ended with National point leader Thomas, Jr. in the frontstretch wall and out of the race.

Second-running Thomas Meseraull then lined up to take his shot at Thorson, and he held with him for the first few laps after the restart. Behind him, Buckwalter was having a battle with eleventh-starting Tyler Thomas, who had jumped to fourth in the first few laps. Jerry Coons, Jr., Tracy Hines, and Zach Daum were battling hard behind them.

With ten to go, Chris Windom spun from the tenth spot, and this time Meseraull was geared up for the restart. He fired to the inside of Thorson into turn-one but slid up behind him. Buckwalter and Thomas continued to go at it for third, as Daum finally took fifth and Dave Darland started to enter the fray on the very bottom.

A final caution with six laps to go for Andrew Felker, who stopped to relinquish the tenth spot, set up one final chance for Meseraull. He nailed the restart again and slid all the way up in turn-two, nearly making contact with Thorson who was in the throttle and powered through to keep the lead as they exited turn-two. He pulled away in the closing laps to take his second victory of the season.