PONTOON BEACH, IL (May 24, 2009) – Brian Birkhofer of Muscatine, IA reeled off another Lucas Oil Late Model Dirt Series win on Sunday Night as he captured the $10,000 to win FedEx 50 at Tri-City Speedway. Birkhofer battled the weather conditions and tough competition in scoring his third consecutive LOLMDS victory after starting sixth. Scott Bloomquist of Mooresburg, TN rallied from his 12th starting spot to finish second followed by 17th starting Earl Pearson Jr. of Jacksonville, FL, 14th place starter Billy Moyer of Batesville, AR and 13th starting Dale McDowell of Chickamauga, GA.
Eric Jacobsen and Steve Casebolt led the stout field of Lucas Oil Late Model Dirt Series cars to the green flag to start the event. A quick yellow on the first lap as two cars got together in turn four which relegated the field to a complete restart. On the second attempt to start the race Jacobsen grabbed the lead as he would lead the initial lap ahead of Steve Casebolt and Don O'Neal.

Casebolt then grabbed the lead on lap two as O'Neal came along with him as the two Hoosier State drivers were now first and second in the running order. They remained that way until Birkhofer got his car rolling as he moved from sixth to third as he hounded O'Neal for several laps finally clearing him on lap ten to take over second.

Birkhofer who was using the bottom groove started to close on Casebolt who was hooked upon the top groove. Casebolt and Birkhofer then battled it out side-by-side for three straight laps before Birkhofer took over the lead on the 15th circuit. Casebolt fell to second with O'Neal running in third just ahead of Jimmy Mars and Billy Moyer Jr.

Birkhofer, coming off his first Show-Me 100 victory the night before in West Plains again was on a mission. He stretched his lead out over the field as he was moving into lapped traffic by lap 17. Mars, who started eighth passed O'Neal for third and then set his sights on the second place car of Casebolt. Mars trailed Casebolt for two laps before getting by him on lap 19 to take over second.

A caution for top ten running Scott James, who blew a tire on lap 23 slowed the frenetic pace of the race. On the Delaware double-file restart, Mars did not get a good start and there was contact from behind with another car with resulted in crumpled sheet metal damage which started to rub on his tire.

Mars lasted two laps until he slowed with a left rear flat on lap 25 as he exited the race for good at the halfway mark. On the next restart Birkhofer took off again putting distance between himself and O'Neal who was now in the runner-up position. O'Neal stayed in second for a one circuit until Billy Moyer moved past him for second on lap 27.

The battle for second was hot and heavy with Moyer, Bloomquist and O'Neal dicing it out for second as Birkhofer was pulling away from them. Birkhofer then would see a caution with 14 laps to go for a slowing Brad Neat on the track, something Birkhofer did not need.

Earl Pearson Jr. was on the hunt in the late goings in the race climbing to third with four laps remaining in the race. Meanwhile Birkhofer saw Bloomquist digging hard on the bottom part of the track as Bloomquist was looking to steal the win from Birkhofer in the closing laps, but it was not to be as Birkhofer streaked across the finish line for the win.

In Lucas Oil victory lane Birkhofer was extremely pleased with his car's performance yet again. "We are on a roll right now, no doubt about it, but I can't get cocky or too overconfident because the next time out we may not run worth a darn, but what can I say about this MB Custom Chassis and Pro Power Engines, when you outrun two of the best that there have ever been in this sport, then you've done something, thanks to the fans for sticking it out tonight with the rain, Kevin Gundaker for a great track, the Lucas Oil people and Jeff Roby, man this is unbelievable right now and I hope it continues on," said the 37-year-old driver.

In preliminary action Billy Moyer was the PRC Fast Timer among the 40 cars entered with a lap of 14.384 seconds. Heat race winners were Eric Jacobsen, Billy Moyer Jr., Steve Casebolt and Don O'Neal. The B-Mains went to Earl Pearson Jr. and Brad Neat. 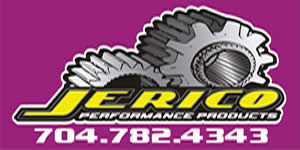